This article is the eighteenth chapter of The Entrepreneur's Journey, a collection of stories about startup companies and the entrepreneurs who built them. To continue reading about key startup themes and lessons learned, check out the entire series here in The Seraf Compass, or purchase the book on Amazon in paperback or Kindle format. 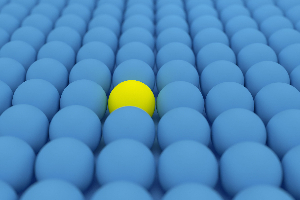 As General Counsel and later, CFO, at IONA Technologies PLC, Christopher Mirabile gained a wide breadth of experience with mergers and acquisitions. Although this work was in a large company context, the insights he gained serve as a valuable lesson for smaller startups hoping to make it to the big leagues.

Christopher remembers the environment and characters vividly. “Meetings with corporate development VP Tom Davidson always took forever. Not because of Tom. He got right to the point. It was because of the interruptions. Tom was an incredibly busy and in demand guy. He ran the corporate development function at IONA during the 2000’s. I remember Tom’s undecorated office on the top floor of IONA’s US headquarters in a leafy suburb of Boston. The office was close to the exact center of the building, located not far from the water cooler and was always a hub of activity.

When things were busy, meetings with Tom didn’t have a beginning or an end. They were just interludes in a stream of interruptions. Christopher said, “One day I went to see Tom to discuss acquiring a company that was already one of our sales partners. We were looking to fill a gap in our product line. Based on commercial dealings, we knew the partner’s team were people we trusted. And, the technology was robust enough to serve the needs of our customers. Tom and I needed to discuss the most discreet way to approach a company with whom we already had regular business interactions across various business functions.”

Given the broad scope of platforms and product functionality a middleware integration company like IONA had to cover, and the security and performance required, corporate development activities were essential to maintain a competitive product offering. It was a simple fact of life that acquiring other companies in their market was often necessary to meet the rapidly evolving needs of their broad and demanding customer base.

“The partner Tom and I were meeting to discuss that day had not been the first company we considered for this deal. But the original acquisition target reached out to was not a fit,” said Christopher. “A couple of IONA’s engineers liked the original target’s technology and thought it could be integrated into their product. But the target company was small. It was not well known to us or our customers, and the product was largely unproven. Acquiring them might plug a technology hole, but their unrecognizable name and unknown capabilities would do nothing to reassure customers that our product was being paired up with the best in the market.”

Tom’s work was directly connected to the needs of the business. He did not sit around daydreaming of interesting companies he might buy. Nor did he set out with a blank sheet of paper to research terrific companies. He was driven by the needs of his colleagues, and those colleagues were driven by the demands of the market. In Christopher’s view, “When things were boiled down, there were only two drivers of the deals Tom did. The first driver was corporate strategic planning. This planning focused on assessments of where the market was going and what technology the company needed to address those changes. The second driver came from product managers demanding help in order to meet competitive pressures. These pressures were in response to complaints from the sales force when they lost deals.”

Despite receiving a continuous stream of inbound inquiries from companies looking to be acquired, those inbounds never set the agenda. Christopher said, “Everything Tom did was predicated around responding to actual or anticipated competitive pressures. Unsolicited inbounds didn’t give rise to any of our acquisitions. What gave rise to acquisitions was exigent circumstances. This might include specific companies stealing IONA’s sales with better features or performance, or competitive moves which threatened to redefine the market if not met with a response.” If you were an ambitious little startup in this market waiting to be acquired, you were like the kid playing pickup basketball waiting to be discovered. Tom was not going to come find you without a good reason.

The particular deal Tom and Christopher were working on that day came about because sales people were losing sales and were squawking to the product managers. Product management in turn looked at the typical ‘buy vs. build vs. partner’ analysis. In this case, product management agreed the problem was real and felt time was of the essence. Engineering did not have the cycles to take the project on right away. An acquisition became the best path to address lost sales.

Christopher said, “Once it becomes clear it’s time to make an acquisition, the best candidates are usually right under everyone’s noses. The most obvious starting place is the company causing all the market disruption.” But that company is sometimes not for sale on reasonable terms. At IONA, in situations where the obvious candidate was either impossible to acquire or a bad fit, the corporate development department would turn to other companies on their radar screen.

Because corporate development happens in a maelstrom of competing priorities (e.g. ongoing deals, incoming requests, integration of past acquisitions,) there is rarely, if ever, any time or appetite to do a top-to-bottom market assessment of a group of small companies no one has heard of. The reality is, if the company is not already known and making some waves in the marketplace, it has little chance of being acquired by a strategic buyer.

What is the lesson for startups in all this? “Put simply,” Christopher said, “corporate development professionals are busy. They are not going to come find you. If you want to get acquired, there are really only two ways to do it. You can carve out a market position which is a threat to a potential acquirer, or you can build connections within the class of potential acquirers.”

In this theme we look at the stories of four companies which illustrate the deliberate efforts needed to make an exit happen. Sometimes, investors and the board of directors need to guide, and perhaps, force the CEO to sell the business. Other times, it’s the CEO who drives the process by constantly reaching out and making connections to potential acquirers of the business. No matter the situation exits won’t happen without dedicated effort.

If you don’t have the kind of technology that is threatening, and you are not big enough to put a dent in your market, you are very unlikely to be discovered. You have no other choice but to build the connections within the potential acquirers necessary to familiarize them with what you do and where you plan to go. And you have got to maintain those connections to keep yourself on their radar screen and top of mind.

It’s that simple. You either need to make a splash in your market, or make friends on the playground. Otherwise, you are just shooting baskets in your driveway, waiting for the NBA to call.

Interested in reading more stories about key startup themes and lessons learned? View the entire collection here in The Seraf Compass or purchase the book on Amazon in paperback or Kindle format.