Note: This article is the third in a series of interviews highlighting the work of interesting impact investors. 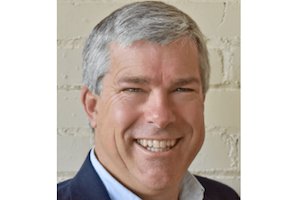 Peter Adams is a Colorado-based author, investor, speaker, educator and community leader. He is the Managing Director of the Rockies Venture Fund, a venture fund supporting high growth early stage companies in technology, healthcare, and life sciences. He is also the Executive Director of the Rockies Venture Club, one of the longest established angel investing organizations in the U.S., a board member and officer of the Angel Capital Association and the Angel Investor Foundation and the author of Wiley & Sons’ Venture Capital for Dummies.

Peter, thank you for participating. How long have you been an impact investor and how did you get started? What would you say are the main ways the impact investing world changed during the time you have been involved?

I have called myself the “accidental impact investor” because after making a series of angel investments, I looked back and saw that I had a trend of making impact investments, even though it was not necessarily intentional at the time. Now, I am highly sensitive to impact and consider it in the investments I make. I think others are following in that same path of self-discovery - “impact” used to be a bit “out there” and now it’s becoming more mainstream.

Looking ahead in early stage impact investing, what are you most excited about?

I am simultaneously excited about ESG becoming a norm for public markets, but also nervous about how that will impact, and possibly cheapen, what angel-level impact investors are trying to accomplish. For example, how can Exxon be an ESG company?

Do you have a thesis or focus on any particular type of founder, company or industry? Are there certain kinds of startup companies you steer away from?

I think it’s a good idea for investors to take a look at the UN’s seventeen sustainable development goals and rank them according to their own values. While it’s hard to disagree with the importance of any of them, there are some that will resonate more with you and others that may not. For me, the top three are #7 (affordable and clean energy), #4 (quality education) and #3 (good health and well-being).

I tend to steer away from impact companies that believe that “impact” means you have to be small and/or not profitable. It is a fallacy that slow and steady growth as a Zebra somehow creates more impact or is more sustainable than a fast growing unicorn if both have positive impact. If you’re doing something good for the world, you should grow it to do as much of it as you possibly can, and that will entail being profitable and scalable.

How did you prioritize which ESG issues you were going to focus on?

There are really two criteria. 1) Does it match my own values? 2) Does it work with the angel investment models we now know? For example, I am passionate about gender equality, but I haven’t seen a lot of startups where, other than investing in female founders, they are addressing gender equality in their business model.

How do you measure the impact of your investing and the portfolio companies you work with? Do you use company-specific and/or portfolio-wide KPIs?

I have been frustrated by many of the well known impact measurement systems for a long time. They have suffered from being too rigid in how they measure outputs and for impact investors who may invest in a variety of SDGs, they didn’t provide a framework that would allow an investor to create proforma metrics to help them to decide whether to invest in a clean water project, for example, vs. an education project. This led me to develop my own impact metrics systems.

The first method involves monetizing impact in a project I called “The Impact Proforma”. I’ve learned from years of corporate management that you can measure anything, and that means that you can translate any environmental or social impact into dollars. I tried this on a number of companies and it was a helpful way of quantifying impact into a number that crossed between disciplines. I could now compare an investment in clean water vs. an education project by analyzing the quantity of impact that either investment might make.

Here’s an example of how it works. We are looking at investing in a carbon fiber recycling company. Their method uses half of the energy to recycle as the competing technologies. It also keeps waste carbon fiber out of the landfill (waste is about 30% in any carbon fiber manufacturing process). So, we can calculate how many tons of CO2 will be saved for every ton of carbon fiber that they produce. We can also tie the number of tons that the company produces to its financial proforma, so we can track how many tons of CO2 are kept out of the atmosphere for every million dollars of revenue. The more successful the company gets, the more carbon it keeps out of the environment.

The second method we developed was based on Utilitarian Ethics as first espoused by Jeremy Bentham in the 1700’s. This method involved calculating how many people would be impacted by the investment and whether the impact was incremental or game-changing. The next step was to add a third element for the greatest financial return. We built a scale to grade those three characteristics on any investment that could compare across multiple SDGs. Years later the Impact Management Project (IMP) developed a similar system which was based on a similar core of measuring depth and breadth of impact, and they added other features which made it a much more sophisticated and useful way of measuring impact, so I have adopted the IMP for any impact measurement projects we do.

Do you expect market rate returns, or are you willing to accept concessionary returns for especially worthy companies?

Why would someone want to invest in a deal that offers concessionary returns? What this means is that investors are doing a disservice to the company and to the beneficiaries of positive impact by giving permission to not figure out how to scale their company to be all it can be. As investors we should be skeptical of impact companies that want to stay small. If you think about it, what they are saying is that they could grow bigger and create much more positive impact but no, they believe in smallness. Impact investors should be measuring impact as well as financial returns and most concessionary deals provide low Return on Impact as well as low Return on Investment.

Do you do straight equity investments only, or do you utilize other early stage deal structures such as lending, revenue-based financing or grant-making?

I believe that deal structures are like tools in a tool box. If you’re building a dog house but the only tool you are willing to use is a hammer, then you’re going to end up with a strange looking dog house. It’s the same thing for impact investing – smart investors will understand that each deal has its own requirements and if you can figure out the best tools to help the company, then everyone will come out ahead.

Where does your best deal flow come from, and do you ever feel frustrated or limited in terms of deal flow by having a specific impact focus?

Let’s start with where the worst impact deal flow comes from – impact investing groups, companies that self-identify primarily as “impact”, and impact investing events. While there are gems to be found from these sources, they are few and far between. Many of these deals are confused about the difference between philanthropy and impact and they end up with a plan that doesn’t scale and promises low returns.

The best impact deals come from funds, groups and events that focus on SDGs that you’re interested in, even if they don’t specifically state that they are solving an SDG. These companies have a sense of mission and they are working hard to grow their company as large as possible so that they can spread their impact as wide as possible, and make a profit while they are doing it!

What would you say makes you good at what you do?

I am a naturally curious person and as a former startup CEO myself, I understand what it’s like to fund and grow a business. While my goal is to invest in profitable ventures, I am especially interested in deals where I can add visible value to the company’s growth. With regard to decision making, some of my best investments have been made when I have ignored “pattern matching” and have viewed each deal on its own merits.

Begin with the end in mind.

Exercising Your Stock Options: What You Need To Know

Read Article for Exercising Your Stock Options: What You Need To Know

Read Article for Getting On The Same Page - Verifying Goal Alignment