Note: This article is the fourth in a series of interviews highlighting the work of interesting impact investors. 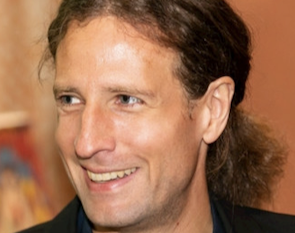 Eric Klose is a Boston-based impact investor and the founder of Ground Squirrel Ventures. Eric got his start at Wayfair as a customer service rep when the company was below 10 employees, and grew with the company through its IPO, including acting as SVP of Global Sales & Marketing and leading Wayfair’s international expansion. After Wayfair’s IPO, he left to get back to the smaller, earlier stages of business building that inspired him with a focus on climate mitigation and making the world a more just and equitable place for all people. At GSV, Eric is responsible for sourcing and managing deals with startups in frontier markets, as well as supporting entrepreneurs through the development of their companies.

Eric, thank you for participating. How long have you been an impact investor and how did you get started? What would you say are the main ways the impact investing world changed during the time you have been involved?

I got involved in 2017, initially with a focus on doing what I could around the climate crisis. The media narrative has always been that preserving the survivability of our planet costs money, but I hadn't run the numbers to realize that these are massively profitable business undertakings. I'd heard so much about the efficiency of the markets and saw such a disconnect between the inertia in the regulatory and decision-making systems, the state of the technology and inefficiencies. Any gap like that is a huge opportunity... though it turns out that a great many people who were much more plugged in than I was, were all over it. I didn't have the resources to be a meaningful investor at-scale in the U.S., so I went to lower cost regions like Haiti and sub-Saharan Africa. While there I learned of robust tech startup scenes and opportunities.

My background at Wayfair gave me actual experience scaling high growth environments and a year later, I founded Ground Squirrel Ventures where we have been operating with a dual-track investment focus on early-stage tech, emerging market impact, while also keeping an eye out for climate and environmental improvement opportunities. We’ve been quickly expanding our team, our footprint, and our partnerships since then.

Looking ahead in early stage impact investing, what are you most excited about? What keeps you up at night?

What we’re excited about and what keeps us up are the same - there's a VC treadmill that founders get on where the goal of the company becomes to attract VC capital. That works really well to get a company up to massive scale, but leaves a debris field of countless companies that failed because they were focused on VC metrics and not on their customers, or companies which were following VC investing fads instead of market realities. We get excited about working with entrepreneurs creating impact by building real businesses rather than who primarily focus on capital attraction.

Do you have a thesis or focus on any particular type of founder, company or industry? Are there certain kinds of startup companies you steer away from?

Our driving goals are around economic opportunity in emerging markets while also finding time for climate mitigation. I'm trying to develop a more nuanced understanding of what services are best provided by governments or NGOs acting to fill those gaps vs. what is best served by the private market. In emerging markets with more fundamental challenges, the toolkit of capital formation and allocation can do tremendous good.We look to engage with early-stage startups and support their economic maximization opportunities which build infrastructure for economic development.

Education is a sector where we’re often uncomfortable in emerging markets, as a business model necessarily only pursues those who can afford to invest in their children. The solution isn't to refuse to build education startups, but it's a complex social system which we’re hesitant to engage with due to our lack of sophistication in the sector. Agriculture is another high impact sector which we tend to avoid because it has high capital costs and a large number of existing actors.

How did you prioritize which ESG issues you were going to focus on?

We build up from foundations. Without a livable planet, the other factors cease to be relevant. My observation is that as societies become wealthier, they self-invest in their quality of life - you see this here in the USA with the environmental movement starting in the 60s and 70s, and you see it recurring in places like China with their work on smog and waterways. So one of our beliefs is that by creating wealth and helping people get some insulation from the brink of ruin, you free their priorities to care about the land and water they depend on.

We also like to think about things that can realistically scale within the realities of the market (income, demand, product market fit, business potential, etc). There's a lot of impactful solutions that fail to get translated into viable businesses and without a sustainable business, these solutions can’t deliver impact at scale. So we're looking for impactful solutions that improve livelihoods with commercial viability and the business intelligence that matches the market potential.

How do you measure the impact of your investing and the portfolio companies you work with? Do you use company-specific and/or portfolio-wide KPIs?

We keep things lean and philosophically, are much more aligned to company-specific KPI's over portfolio-wide measures. This keeps our impact tracking tenable and sustainable. Also, candidly we haven't yet found standardized impact frameworks that are really useful for early-stage deals, which is where we focus.

There are a lot of familiar impact frameworks out there that just aren't realistic for early-stage companies or that follow measures that don't necessarily translate into value creation in their natural environment. What we think works well - is to have companies scope simple and sustainable KPI's that are specific to their activities because we think the people closest to the ground are in the best position to state what kind of impact they can realistically have and report ongoing.

Quona (one of our fund investments who invest in fintech for inclusion in emerging markets) provides a really great example of this in their most recent impact report. They partnered with a third-party assessor to measure the impact and value delivered to end users being serviced by their portfolio companies. We think this is a great approach. It allows the end user to be able to voice the impact of the product or service and describe what impact and value creation looks like from their perspective. This kind of approach to impact measured from the ground up is one we can really get behind.

Do you expect market rate returns, or are you willing to accept concessionary returns for especially worthy companies?

We have multiple loans out below the rate of inflation, so we're definitely open to below-market returns. However, the challenge in high-variance outcomes like tech startups is that it tends to be all or nothing. If we had a predictable net return, we’d be willing to shave a few points off of it. But I don't know how to practically apply that when valuing a consumer app that hasn't yet launched.

Do you do straight equity investments only, or do you utilize other early stage deal structures such as lending, revenue-based financing or grant-making?

We’re flexible and try to find the right tool for the company. I philosophically really like revenue sharing and profit sharing, but in practice I found that the terms and agreements weren't being understood by the entrepreneur. That has a risk of being exploitative. We've increasingly made concessionary investments as PRIs (program related investments) via a DAF, usually structured as recoverable grants. Most investments are SAFEs or Convertible Notes, though.

Where does your best deal flow come from, and do you ever feel frustrated or limited in terms of deal flow by having a specific impact focus?

The highest value deals come through investor networks of trusted peers. There are a lot of different reasons people invest in Africa, and when you find similar goals and vision it can be really powerful to work together. Our partnerships are super important to us.

Some of the most impactful deals we've found were by getting on the ground and going to meet local incubators and entrepreneurs in person. Others have come from funds with an active presence in these markets. The key thing is to have a presence and seek out those local partnerships. There are a lot of well-intentioned people who don't understand the markets and waste a lot of entrepreneurial time. Proving yourself as someone in it for the long haul and listening to local networks is really game changing in terms of access.

Appload is a good example of this. I spent a lot of time in Zambia when we first started and even though Appload is based in Mozambique, we were sent their deck by a fund based in Zambia, years later. They’re also a company we get really excited about because they are first movers in a largely overlooked market. They are helping to pioneer the startup ecosystem in Mozambique (tech-enabled cross-border trade route logistics connecting customers & carriers). We’ve been told we were the first non-Mozambique VC to write a check into that country, which gave them bridge financing and now they’ve just been accepted into the most recent cohort of the the Norrsken Impact Accelerator.

What would you say makes you good at what you do?

Our efforts have granted exposure to asset classes people are typically afraid to touch. That has built momentum over the years, proving its success. We have built credibility because we are taking calculated risks across the continent, which keeps the door open, and keeps the pulse on the future. Our specific knowledge set and track record are the building blocks as we look to build off these efforts and expand.

It’s been 5 years now, and we feel our investment model is working well. We’re looking to scale this strategy and bring-on future partners in our next stages. We’ve recently added to the team and increased our capacity. We’re in the process of being approached by some investors that share an interest in the same causes and ideas.

A great tip would be to quickly get to your point about what you’re doing. We’ve seen a lot of decks bury their core message behind numerous lengthy filler slides about why the “xyz” market is important. Most investors will already know this if they are keeping a pulse on things. Focus on what you’re doing to address the issue.

Exercising Your Stock Options: What You Need To Know

Read Article for Exercising Your Stock Options: What You Need To Know

Read Article for Getting On The Same Page - Verifying Goal Alignment