Note: This article is the eighth in a series of interviews highlighting the work of interesting female investors. 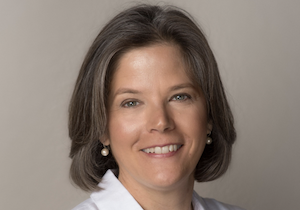 Alicia Castillo Holley is an active angel investor in Silicon Valley. She is the founder and CEO of the Wealthing VC Club, a boutique investment group of accredited investors that fills rounds led by VCs. A global trotter, she moved to Silicon Valley in 2013, joining Sand Hill Angels shortly after until 2022. There, she served on the board, co-led the Life Sciences group and led multiple deals. Alicia has invested in more than 40 companies, including 7 VC funds. She is also an experienced entrepreneur having founded more than 15 organizations, 3 of which were non-profit, and was a pioneer by founding Chile's first VC Fund and Chile’s first center for Entrepreneurship while living there from 1996 to 2002. Alicia has a PhD in Finance, and an experienced-based understanding of wealth creation from academic research in life sciences.

Alicia, thank you for participating. How long have you been investing in early stage companies and how did you first get started?

Over 30 years. My first professional investment was in 1999 when I started Chile’s first seed capital fund. I had arrived in the country in 1996, with the goal to bring entrepreneurship to Latin America, fresh out of my Babson College MBA. I started the country’s first Centre for Entrepreneurship and realized few years later that without capital, it was not possible to grow these companies. It took me a year (and 1300 conversations!) to raise the funds.

When I started the Fund (“Capital Semilla”) I already had a dozen of candidates to be invested. We made our first two investments the first month but I had worked with the founders for few years trying to help them raise money.

What made you first want to do this work?

My journey to become an investor was pretty unconventional. I grew up socialist in a socialist country (Venezuela), and I was a researcher for over a decade. When I arrived in Chile I realized that there were great companies that needed resources, and that bootstrapping was not enough. These were companies that had good offerings and could hire a lot of people. Chile when I lived there was a country waking up to entrepreneurship – as was the Southern Cone. I was involved in a large research project to understand barriers to angel investments in Brazil, Argentina, Uruguay and Chile, and people who had the capacity to invest didn’t have the time to evaluate or the access to good deals… and they didn’t know how to help.

Looking ahead in early stage investing, what are you most excited about? What keeps you up at night?

I am inspired by the talent and ingenuity of founders. I enjoy uncertainty and challenges and I often think about how to support the founders/CEOs of companies whether I invest in them or not.

Do you have an investing thesis or a focus on any particular type of founder, business model or industry? Are there particular kinds of startup companies you steer away from?

I do no invest in drug development, tobacco/drugs/alcohol, weapons, retail, fashion, or cosmetics.

I have an interest in supporting diversity, so part of my conversation is always about how the company deals with diversity and inclusion. I tend not to invest in teams that are homogenous. And I don’t invest in teams that do not consider investors part of their team. I am not a passive investor.

Do you consider the type of investing you do to be “impact investing”?

I would consider it transformational investing. I evaluate what the situation is before (without) the company and what it could be after (with). I have a PhD in finance and evaluate how the company creates or destroys wealth. Part of that is related to impact investing but impact investing is not my sole focus.

Where does your best deal flow come from?

Almost 2/3 of our investments come from other investors. We also share around 10% of our deals with our ecosystem. We evaluate between 40 and 50 deals per month. Sometimes great deals come through Twitter or LinkedIn.

How do you know a great entrepreneur when you see one?

Great entrepreneurs manage talent, experience and humbleness. They enjoy working with their clients, they are more focused on solving a problem than on becoming rich, and they manage their income/cost structure to make sure the business is viable and can grow.

Can I ask you to speculate on what makes you good at what you do? Is there a particular experience or set of experiences in your history that you feel especially helped prepare you to be an early-stage investor?

I add more than money. Our secret sauce is to “make winners” not to pick winners. That has helped me grow and sell my companies and create healthy connections.

I have a very broad perspective about how to create or destroy wealth, and have a vast experience that is very useful. I can quickly evaluate what are the key milestones and challenges that a company needs to overcome to reach a next stage, and the one after. Most people have a less deep understanding of business or of the people. I have started several companies and non-profits, in several countries. Either by myself or with a group. With or without external capital. Some have succeeded, some have failed. I have invested in around 50 companies. There is a very high probability that I know someone that can be an ideal collaborator, help solve an issue, become a buyer, supply something, provide logistic support, etc.

Do you think your gender influences how you approach investing? If so, can you tell us a bit about how?

I don’t fit the profile of a typical woman, and it is more more than just gender. I think growing up in different cultures, living in different places has had the greatest influence. I never thought being a woman would make anything different for me and I acted that way. Yes, it is true that sometimes I get discounted – I still do as an investor- but I consider myself a person before I consider myself a woman. The notion that being a woman is detrimental to me does not help me do what I want to do… Same thing with age and race, and marital status, and motherhood, and education. So I ignore what doesn’t help, and I ignore people who discount my value, because there are enough people that don’t.

This reminds me of an interesting conversation in 2000 with Myra Hart, one of the founders of the Diana Project. Myra gave me the long ride from Albany to Boston after a research conference on entrepreneurship. It was a joyful ride. She was starting the Project that researched gender differences in access to capital. That is the project that originally said that 2% of VC capital goes to women. (Although it is actually not that simple. The number reported was 2.7%, not 2%. And, most importantly, 12% of the responders didn’t answer, which I can understand. I would have not answered about my gender or race. And around 1/3 of respondents were teams of mixed genders, which complicates the analysis). At that time, I already had founded Capital Semilla, the first and only seed capital fund in Chile, where I lived. She asked me if I thought it was worth researching gender differences in access to capital, and I said I thought it was rubbish. I thought it would be hard for anyone, after all, it had taken me a year to raise the fund and I was a woman and I arrived in Chile in 1996 not knowing anyone. Myra (co-founder of Staples) smiled and asked: how many women-led companies have you seen? And it shocked me: of around 4000 companies, only two had had a woman co-founder. One was a cookie company and the other one was a husband-wife biotech company.

I run an investment club and had a very active role at Sand Hill Angels from 1994 to 2021, and applicants are predominantly male, and mostly white, but there was also a relatively large percentage of Asians. At my current group, we make the extra-effort to attract women, LGBTQ, and BIPOC in the founding/exec team. We keep track of applicants. Before May 2022, we had a pretty even mix. May to August the amount of applicants dropped and the biggest drops were on the under-represented profiles.

Are there some portfolio companies you are especially proud to be working with or simply would like to highlight?

Yes, WavelyDx. I love the technology and the founder. It is a really transformational solution. It is amazing to imagine the contrast between having a screaming toddler in the middle of the night in an emergency room with an ear ache that could be meningitis compared to using a paper cone attached to a phone to decide if there is an ear infection or not. It is just amazing for everyone involved. In September 2022 their first customers received the paper cones at home. Another favorite of mine was VolumetricBio which was acquired by 3D printing. They print organs and have a superb team and technology.

Be authentic and respectful. Finding investors is very personal. Our goal is to part ways and enjoy the time we spent together. We need to see if we could work together (hopefully several times over the course of a career), and my time is very expensive.

What tips would you pass on to someone getting started in early stage investment?

Don’t go solo! Here in Silicon Valley, we share deals often. Find your tribe and your ecosystem to share deals with. You don’t need to squeeze every cent out of every dollar. It is easier to go with others that have experience in the area and in investing for your first deals.