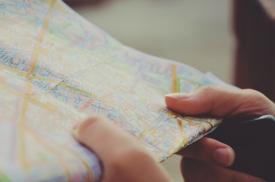 This article is intended to provide a quick overview and explanation of the principal documents in a fundraising where the investors are purchasing convertible debt. Unlike a stock transaction, these convertible debt deals do not alter the capitalization of the company by adding new stockholders until the debt is converted into equity.

Compared to stock deals, there are a smaller number of types of deal documents used in convertible debt transactions. For the purposes of clarity, we’ve divided them into Commonly Used and Occasionally Used. Readers should also keep in mind that this article talks in generalities in terms of where concepts are typically covered - every deal is different and a given issue may be addressed in a different document in your deal.

The Promissory Note (or Convertible Promissory Note) is the actual debt instrument in the deal. In reality it is nothing more than a fancy I.O.U. It states the name of the borrower, the date of the debt, the amount of indebtedness, the interest rate, the interest rate calculation mechanism (annual, semi-annual, cumulative, non-cumulative) and the maturity date (due date). Then usually immediately after those terms there will be some discussion of any negotiated cap on the conversion price or discount against the conversion price if the deal features a cap or discount.

The rest of the note is typically dedicated to setting out the mechanics of converting the debt repayment into stock. In this section you will find language outlining what constitutes a qualified financing - a note-holder does not want stock in a company that is underfunded (she would rather have a cash repayment), so the concept here is to say that it needs to be part of a pretty robust financing if you are going to convert me into stock. There is also typically some language about what happens if there is no qualified financing before the maturity date. And the final few paragraphs are the usual legal housekeeping clauses about contractual interpretation and enforcement.

Special Terms: Subordination, Security Interests and Guarantees - Occasionally notes will incorporate the concept of subordination, security interests or guarantees. These features are more typical of classic bank type debt, and less common in investor convertible debt, but they are worth mentioning because they do show up occasionally.

A Note Purchase Agreement (sometimes called a Subscription Agreement - see below) is a contractual wrapper that makes a note financing a little bit more formal and a little bit more like a stock financing. It typically outlines the mechanics of the closing (to make sure no individual note holders get caught out as the only ones investing), it adds in some representations and warranties on the part of the company around validity and authorization, it add some note holders reps and warranties around eligibility as an accredited investor, and in some rare cases, it may serve to cover some of the key provisions you might expect to see in a Note Holders Agreement or a Voting Agreement (both discussed below.)

A note Subscription Agreement is very similar to a Note Purchase Agreement (above) - mostly it is just a naming convention. Occasionally, however, you will see subscription agreements used to take some of the more complex terms of a note out of the note itself and into a separate subscription contract such that the note and the subscription agreement work as two halves of one convertible debt deal. The effect of doing it this way is the same, it just allows for a more simple note and a more thorough treatment of conversion mechanics in a more traditional contract format.

Sometimes the holders of a note will insist on things like board seats, information rights, covenants against issuing stock or other debt and/or other terms more typically associated with stock deals. When this happens these contractual agreements between the company and the noteholders are usually written up in a separate agreement given a title like Note Holders’ Agreement or Voting Agreement.

Sometimes subordination of debt (see above) is done in a stand-alone agreement. This most often occurs when new debt is added after the debt to be subordinated is already in place - for example when there is an outstanding convertible debt round and a revolving line of credit from a bank is added, and the parties enter into a new agreement to make it clear that the old debt is subordinate to the new debt.

One of the complaints about convertible notes in the early stage context is that they amount to equity risk for debt returns. People try to address this with the terms of the note - for example caps on the conversion price and discounts on the conversion price. But these mechanisms do not fully align the interests of the founders and the note holders, so in an effort to better address that, sometimes warrants to purchase shares are given in lieu of or in addition to caps and discounts. It obviously makes the note perform economically more like equity since warrants literally are equity, but warrants do introduce a bit of complexity into what is supposed to be a simple transaction. For a more detailed discussion, see Stock Warrants: Sweetening the Deal for Angel Investors.

Stitch in Time Saves 9: A Guide to Start-up Board Prep

Read Article for Stitch in Time Saves 9: A Guide to Start-up Board Prep