Don’t Give Up On Your StartUp Dream! 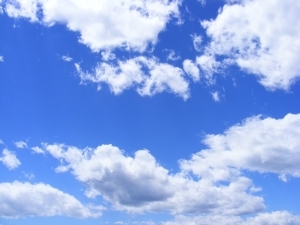 Entrepreneurs who have just launched or are contemplating launching a startup are undoubtedly feeling a bit panicky as the social and economic consequences of Covid-19 start to pile up. There is a reasonable basis for concern in this climate, but I am here to tell you that the situation is not hopeless. If you have a good idea, it’s focused on a problem truly worth solving, and you are still feeling passionate and motivated about it, then hang in there a little longer and don’t give up on trying to raise money for your company.

There are a few bases for my optimism and encouragement.

I am not saying everything is going to be a cakewalk, however. This situation does present some challenges and there is no point in sugar-coating them. In the near term, fundraising is going to be harder and take longer during these uncertain times. Valuation expectations will most likely reset to lower levels as we have just been through a period where valuations increased unrealistically as other areas of the economy grew rapidly.

Let me address the operational implications for your business first, and then I will close with some thoughts specific to fundraising. First, you are going to need to run as lean as you possibly can. Of course, that means staying in your current cramped headquarters - now is definitely not the time to sign a big lease. But it also means you can probably only run one “experiment” at a time, rather than several at once (whether it be testing a sales model, product-market fit, or a new marketing or sales approach.)

It also means you are going to want to be as revenue-forward as you possibly can, and focus as much as possible on bringing early customer revenue in the door. Not only is customer revenue the best possible type of financing for a business, the added proof of traction is going to be necessary to prove to investors that this business falls into the “need to have” category for an identifiable group of customers.

In terms of fundraising, there is plenty of money still out there, but there are some bigger than usual “investor psychology” hurdles you are going to have to get over. Many investors are going to be inclined to “slow-down/cash-up” a bit and will approach all new things with greater skepticism than normal. Proving your conviction and determination to endure for the long haul has never been more important than in this kind of climate. You also have to recognize that investors are in somewhat of a defensive mindset in hard times - the top priority will be supporting existing companies that are salvageable, not adding new “problems” to their portfolio.

But perhaps more fundamental than anything else is the fact that investors are simply not going to be willing to pay as much for the privilege of being in your startup as they might have in more careless times. The portion of valuations attributable to pure speculation is off the table. Valuations are always an expression today of confidence in tomorrow. In uncertain times and facing economic headwinds, that irrational and unquestioning confidence is simply not going to be there. Even in the best of times, early stage rounds need to be crafted to result in a post-money valuation the company can realistically grow into using the money raised in the round. In tough times that equation is an especially harsh master. Not only is it more challenging to prove your “value” is equal to your post-money, you may also have to get there by stretching and doing more with a smaller round.

Why is this? There are two basic common-sense drivers of this phenomenon. First is the greater likelihood of failure during hard times. Companies can succeed, but it will be a smaller number, and it will be those with the most compelling value propositions. Further, even with the companies that succeed, it may take much longer, resulting in a lower time- and risk-adjusted return for investors. All things being equal, investors of all types are going to pay less for riskier investments with lower time-adjusted returns.

The final complicating factor is perceived future financing risk. When the world is facing difficult and uncertain times, an investor today is always concerned that their companies might have difficulty raising money in the future; even companies that have grown into their reasonable post-money valuations. The earliest angel stage investors may stay relatively active, but their enthusiasm will be tempered by greater-than-normal concerns that later stage financing may prove harder to get. There is already some anecdotal data to suggest some LPs in venture funds may be telling GPs to slow down and delay pending capital calls. That in turn will drive VCs to let up on chasing deals a little and be extra choosy about the things they look at. As a result, the earliest-stage investors will factor into their valuation expectations the possibility that necessary future funding may not be available. Or the possibility that where available, it may be offered only on punitive terms. Remember: the earliest investors are at the bottom of the stack; there are plenty of situations where a company ultimately succeeds, but, due to difficulty staying financed, and resulting lopsided financing terms, all the exit value goes to the later investors rather than founders and angels.

The only way to combat that situation is to keep post-money valuations down in the super reasonable range by trying to do more with smaller rounds and raising those rounds at lower (and let's face it, slightly more dilutive) valuations. No matter what the situation is out there, all things being equal, it is always going to be easier to finance a business that has proven some solid traction, in a capital efficient way, and has a valuation that is clearly in line with what the company has accomplished so far.

If you suspect you could be that entrepreneur, please don’t give up. At least not without trying. If your idea is good, the need is real, and you can prove some customers might care, we at Launchpad, and many of our early stage colleagues across the country, definitely are open for business and want to hear what you are up to. If nothing else, as individuals who have survived multiple downturns and lived to tell about it, we can give you some great advice. Come see us!

For more articles on early stage investing during economic downturns, please read Angel Investing in Challenging Times, A Letter to CEOs: Encouragement and Advice and Advice and Caution on Angels' Role In This Crisis.

Making the Board Work for Founders

Read Article for Board Dynamics - Making the Board Work for Founders