This is the seventh installment of an eight article series focused on helping early stage investors coach founders on building the best board dynamics they can. 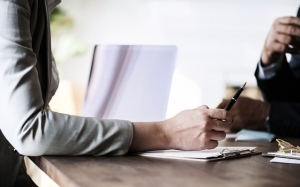 With any group of humans there will inevitably be some “people problems,” and as startup advisors and investors know, the CEO will experience plenty of these issues in the boardroom. Helping the CEO find ways to “hack the board” to make the best of a situation he or she did not create, and cannot fully control, is crucial to a company’s success. So far we’ve discussed hacks for planning and running a board meeting, a checklist of expectations of board conduct as well as advice on how to handle difficult personas and recognize the sources of interpersonal conflict. In this penultimate installment, I will explain how a CEO can resolve these conflicts gently before explaining the nuclear option in the final installment.

There are a half dozen categories of problem behaviors which crop up as part of the somewhat tense board meeting environment. Behaviors range from disruptive and despotic to forgetful and incompetent. Each kind of problem director provokes its own unique sort of interpersonal conflict. This can be incredibly frustrating for other directors and can completely undermine the proper functioning of a board. Left unchecked, they will either cause a war zone, or an exodus of the most talented directors from the boardroom.

While there are many different behavioral problems on boards, there are really only three groups of solutions. The first are relatively easy fixes the CEO can adopt during the meeting itself, the second are slightly more involved fixes the CEO can tackle off-line on a 1:1 basis with the problem director, and the third are more drastic fixes which require getting the rest of the board involved. We’ll talk about the first two here and tackle the drastic fix in the final installment.

With some coaching the CEO can learn to tackle some of the problem behaviors on the fly during the meeting itself. The best formula is to establish an informal “meeting norms” code of conduct with the directors at the start, stressing the importance of mutual respect, not interrupting, trying to be succinct, reviewing the minutes to refresh oneself and so forth. Then, once this set of norms has been agreed-upon, the CEO can use them as a tool to more actively moderate meetings and police conduct. In other words, curb the milder forms of the unfavorable behavior by bringing attention to it and making it clear that it will not be tolerated. Examples might include:

In some cases, however, the problem director will not take the in-meeting hints and it is necessary for the CEO to speak to the person directly and explain that their conduct has become a problem. When doing this it is important to carefully challenge the behavior and the issues it causes, rather than challenging the person so that they don’t become overly defensive or see it as an attack delivered in personal terms.

It can be very helpful to coach a CEO on how to give what Ham calls a “feedback sandwich” in which the “meat” of the criticism is sandwiched with some “bread” of encouragement, acknowledgment and positivity. For example, it is not helpful to say, “you are very disrespectful and people don’t like you.” Instead try something like:

The point is to be gentle but direct in identifying the behavior and asking for it to stop.

Where the problem behaviors are the more passive kinds of problems such as forgetfulness or incompetence, the CEO can suggest educational materials a director might want to read, or invite them to attend some sales calls to get a better sense of the product and sales process, suggest they buy the CTO lunch to get a personal primer on the technology, or suggest they meet with peers on other boards to get a feel for board norms. It can also be helpful to remind them that when they lag behind, forget things or are not self-sufficient, they take valuable board and CEO time, which is not in their interest or in the company’s interest. It can be helpful for the CEO to communicate that they have total faith that the director can do better and make the expectations of improvement clear by asking how he or she can help.

In most cases, the meeting level and personal level fixes will be all that is needed. Most people on boards are successful and accomplished people who have a reasonably high EQ, mean well and are there to help. Usually when a CEO takes the time to diplomatically point out an issue the director will be terribly embarrassed and fall right into line. It is only with the really tough cases that the nuclear option is necessary. In the final installment, I’ll explain when.

​To learn more about working with boards, download this free eBook today Director's Guidebook: How to be an Effective Board Director in Early Stage Companies or purchase our books at Amazon.com.

Stitch in Time Saves 9: A Guide to Start-up Board Prep

Read Article for Stitch in Time Saves 9: A Guide to Start-up Board Prep