This is the sixth installment of an eight article series focused on helping early stage investors coach founders on building the best board dynamics they can. 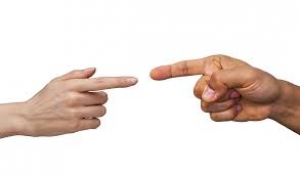 Boards are very much a human enterprise, and, as all advisors and investors know, it is inevitable that with any group of humans there will eventually be some “people problems.” In this board-hacking series, we have adopted the phrase “hacking the board” to reflect that, for early startups, dealing with a board is about making the best of a situation that the CEO did not create and cannot fully control. So far we’ve discussed hacks for planning and running a board meeting, a checklist of expectations of board conduct, and how to advise CEOs on the management of difficult personas. In this installment, we tackle recognizing some of the key sources of interpersonal conflict and how it is brought about by difficult interactions. First, we’ll take the measure of this problem and in the next two installments, I will explain how to solve it.

Boards are complex creatures. They join people from different experience bases and with different perspectives. The situations require them to come together and focus on detailed discussions centered on abstractions and hypotheticals. Usually there are many uncertainties about what the right path forward might be and no single right answer. These kinds of situations can be stressful and really bring people’s personality and temperament to the fore. And with certain personalities come associated problem behaviors. Left unchecked, these behaviors can lead to tensions and even serious interpersonal issues amongst board members and management.

The Disruptive Director – She has outbursts which disrupt the flow of discussion, offers criticism which is so black and white it is awkward for other directors to disagree, she stalls the discussion with interruptions, and she changes the subject to fit her whims.

The Disrespectful Director – He doesn’t give others their due; he does not respect their ideas and contributions, nor their right to have some airtime. He treats the CEO like a subordinate rather than a partner. He can be selfish and domineering.

The Despot Director - She needs to be the leader and alpha wolf. She is an acting or former CEO, she is used to being obeyed and has to be the boss of everything. She acts like the chairman, whether appointed or not, and will not tolerate being challenged.

The Forgetful Director – He repeats the same questions over and over again, and wastes the board’s time by dragging everyone back to subjects already covered. He does not recall what has been agreed to and wants to go through and agree on it again. He does not do the action items he is assigned and he doesn’t remember the meeting the same way as everyone else.

The Pedantic Director – She needs to lecture everyone about everything. Nothing can be stipulated, everything has to turn into a chance for her to showcase her superior knowledge and patronizingly explain everything to everyone all the time.

The Incompetent Director – He simply does not know what he is talking about. He doesn’t understand the company’s technology or market. He is inexperienced in the area and what skills he has, are out of date. He doesn’t know how boards work and is not familiar with stage-specific, stage-appropriate governance and controls. He lacks relevant benchmarks and always wants to be cheap with management salaries and options. He asks overly basic questions and is not self-sufficient.

These problem behavior types can be incredibly frustrating for other directors and can completely undermine the proper functioning of a board. Left unchecked, they will either cause a war zone or an exodus of the most talented directors from the boardroom – people a startup can ill-afford to lose. There are three different ways to tackle these issues: relatively easy fixes the CEO can adopt during the meeting itself, slightly more involved fixes the CEO can tackle 1:1 with the problem director, and the more drastic fixes which require getting the rest of the board involved. In the next two installments each of these fixes will be explained in detail.

​To learn more about working with boards, download this free eBook today Director's Guidebook: How to be an Effective Board Director in Early Stage Companies or purchase our books at Amazon.com.

What is the Difference Between a Corporate and Advisory Board?

Read Article for Wardens and Sages: What is the Difference Between a Corporate Board and an Advisory Board?

Read Article for Three Places At Once: Challenges VCs Face In Managing Their Time [Part III]

The Art and Science of Deal Leadership

Read Article for Lead, Follow Or Get Out Of the Way - The Art and Science of Deal Leadership