Note: This article is the eighteenth in an ongoing series on venture fund formation and management. To learn more about managing a fund, download this free eBook today Venture Capital: A Practical Guide or purchase a hard copy desk reference at Amazon.com. 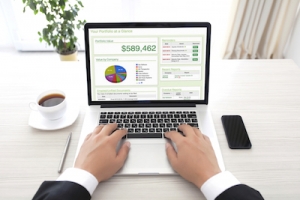 A number of years ago Christopher and I were amongst a group of investors who funded a clever young entrepreneur with an interesting hardware-enabled software platform. As a somewhat informal “company-led” round, let alone one by a consumer device company focused on a leisure activity, the round was not the kind of deal we would normally be attracted to. But we really liked the CEO and thought he was unusually capable, charismatic and action-oriented. The technology and software combination seemed very differentiated, even if the initial target market was a little on the small side.

So a bunch of us decided to back him. Most of us had some general familiarity with aspects of the business - building SaaS platforms, manufacturing basics, mobile apps, etc. But no one was a true expert on this kind of device, the precise demographic being served, or this company’s particular retail channel. And given it was a company-led round with no real lead, there was no easy way to put someone on the board, and no obvious expert to select even if there had been a way.

People shrugged and viewed it as one of those small seed rounds where the company uses a bit of early money to make some progress and de-risk itself and then raises a proper round with a good deal lead and all the normal protections and bells and whistles. What could possibly go wrong?

Well, experienced investors can probably guess how things played out. As time went by, it became clear to some of the investors who were a little closer to the company that the CEO was swamped and likely in over his head. These investors heard rumors of one-off problems such as small design and manufacturing issues, slow progress with marketing partners, and bugs in the software algorithms. But most of what trickled out to the investors was just rumors or casual responses to inquiries when investors happened to ask or run into the CEO around town.

Eventually, given the lack of experience and controls, and the lower margins of the hardware side of the business - parts, inventory, manufacturing costs - the inevitable happened: the company rather suddenly ran out of working capital and was forced to go back to investors. And because it didn’t have much “adult supervision,” the company waited until things were very tight. They didn’t really see it coming, and they had to pass the hat for new investment very abruptly.

Experienced investors can guess what happened at this point, too. A bunch of investors, who have not received any formal updates from the CEO, suddenly get hit with a panicked message about how the company was out of cash and needed a speedy transfusion to stave off death. Of course investors were ticked off, but it went deeper than that. The foundations of their confidence in the company were badly shaken. They had invested primarily because they trusted the judgement and capabilities of this CEO. They were not deep experts in the company’s technology or markets, and everything they had seen by that point suggested the market was actually tougher for the company than people had hoped. So if they were going to re-invest, it was going to come down entirely to how they felt about the CEO.

But he had kept them in the dark while he flailed. He had not asked for help. He had not disclosed his problems and what he was doing to solve them. He had not reassured them that amidst the mistakes and setbacks there were still really good reasons to be optimistic about the business. He had done nothing to keep them engaged and “invested” in the company. So investors were naturally very reluctant to put a lot more money in. And so began a repeated cycle of underfunding that plagued and crippled the company for many years to come.

As you contemplate becoming a GP managing money for remote LPs, what lesson do you take from this? Do you expect to be making multiple capital calls over the life of the fund? If you are thinking of making a career out of this, do you expect to be raising a second fund?

If so, and you expect to keep a fairly steady pace of investing in new companies, your second fund will likely need to raise money from LPs before the results of the first fund have come in. With no results to judge you by, what will LPs fall back on? Of course, your communication and your reporting. You don’t want to be like the CEO who goes out to ask for money after months and months of silence! Sure, over the long term, it is ultimately about the fund performance, but in the near and mid term, managing LPs is just like managing investors - it’s all about the reporting.

Christopher has a lot of experience as both a fund GP and a fund LP, and many years being involved with public company investor relations and keeping Wall Street analysts happy. Let’s get his perspective on key fund reporting issues.

Christopher, what information does a fund manager need to gather to properly track the performance of an early stage venture fund?

LPs are going to need to see investment-by-investment data in addition to overall fund performance data. In many cases they will even expect to see data at the round-by-round level not just at the company level since different rounds in each company can have very different IRRs. To report with that level of detail, you have to have the underlying data points.

To be able to track performance of a priced equity investment on a round-by-round basis, you are going to need to gather and track the following key data points:

To be able to track performance of a convertible debt investment on a round-by-round basis, you are going to need to gather and track the following key data points:

You are going to need to remember to convert your notes into stock holdings at the appropriate per share price when a qualifying round occurs and your debt converts to equity. You will also need to keep separate track of any interest earned for tax purposes, and if some note holders received warrants and others did not, you are going to have to watch out for imputed income for the delta between what you paid and what others paid. The value of the warrants is typically viewed as taxable imputed income by the IRS. The tax issues with notes can be pretty complicated, so you will want to consult an experienced tax advisor.

Finding all this data and recording it accurately can be a little bit of work, but it is as easy as it is ever going to get right after you write the check. You have all the final drafts of the documents handy. You have the deal particulars top of mind. And you likely have contact details and telephone numbers for people to ask if you have questions right near the top of your inbox. If you let time go by, you only succeed in turning a small chore into a big pain in the neck as you struggle to collect all the relevant information and reconstruct the deal from the scattered historical pieces.

Finding this data amidst all the deal documents is not that hard once you know where to look. With a little practice you can learn pretty quickly how to move around in the documents and find and record what you need to have in your records. If you have trouble figuring out where to find things, you can see our guides to convertible note documents and preferred stock documents.

A word of caution for those who might be tempted by shortcuts when gathering this data. This is a case where you really need to go back to the primary documents. You cannot pull this information out of the termsheet. Termsheets lack sufficient detail and the final deal documents often differ slightly from the termsheet, as things like the exact size of the round change or price per share change as the deal is finalized. And even if you do go back to the official deal documents, it is an extremely good practice to ask the company for a post-closing cap table. Not only is reviewing the cap table a really good way to cross-check your arithmetic on things like your ownership percentage, older cap tables tucked away can be a very handy historical record for questions down the road. This is a habit you really should get into for every round - even rounds in which you do not participate. A series of historical cap tables can be a vital tool in double-checking your payout in the event of an exit or trouble-shooting discrepancies in later rounds.

Of course, once you have collected all this data, you need somewhere to put it. You can stick it in flat files like notes or spreadsheets, but fund management tools like Seraf can be a much better solution for three reasons:

Hopefully we have impressed upon you the importance of reporting for early stage funds. In Part II of this article we'll take a closer look at the key metrics used to measure a fund’s performance relative to other early stage venture funds and what information should be included when sending reports to LPs.

Read Article for Unvarnished Feedback: The Advantages of Using a Customer Council

The Team Approach to Processing Deals

Read Article for Many Hands, Light Work: The Team Approach to Processing Deals