Note: This article is the eleventh in an ongoing series on venture fund formation and management. To learn more about managing a fund, download this free eBook today Venture Capital: A Practical Guide or purchase a hard copy desk reference at Amazon.com. 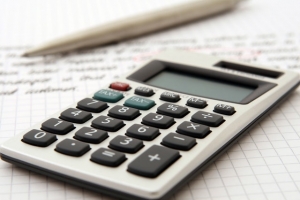 In Part I of this article we discussed the major topics covered by the legal documents that set up a venture fund. Now let's address the limitations placed on investors in funds, governance standards and key accounting issues.

What restrictions are there on the type and number of investors that can participate in a venture fund?

For the most part, these funds invest in private company deals which are exempt from registration and disclosure requirements under S.E.C. rules (typically the exemption comes under Rule 506). Because these deals are exempt from those registration and disclosure protections, participation in these deals is limited to “accredited investors” only who are deemed by the S.E.C. to be sophisticated enough to evaluate the deal and withstand the loss if necessary. An investor is accredited under S.E.C. rules if he or she has either $200,000 in income or $1,000,000 in net assets excluding the value of the home (higher figures apply to households qualifying jointly.) A fund is accredited only when all the investors in the fund are themselves accredited. So the first requirement is that your LPs must all be accredited investors.

The second main limitation is that, in order to steer clear of the mutual fund rules under the 1940 Act, you are limited in the maximum number of investors you are permitted to have in your fund. As of the time of publication the limit is 99 investors, although the National Venture Capital Association and the Angel Capital Association are part of a coalition that is trying to get that number raised up to 250.

The third limitation is the provisions of S.E.C. Rule 506 which prohibit felons and other “bad actors” from being in any way involved (either on your side as an investor or on the company side) in a deal that is relying on the 506 exemptions above. Most private company investment documents will contain a requirement that investors give a “no bad actor” representation, so as a result, most VC fund documents will contain a parallel “no bad actor” rep so that the fund can sign the investment documents in good faith.

Governance standards for VC funds are totally different than those for portfolio companies. Portfolio companies have an outside board of directors and shareholders. These companies are subject to the statutory law and case law on corporations. In virtually all US states, and especially states like Delaware, this is a huge and richly-developed body of laws and rules that spells out the duties of officers and directors as well as the rights of shareholders.

Much of this law has been built up to protect shareholders who experience a power imbalance because they are at a greater distance from the company than the insiders and must rely on the company for any information they receive. They are essentially at the mercy of the company. So a strong body of law has developed, in every state, around disclosure, fair dealing and protecting the rights of shareholders. Virtually every situation that might go wrong is covered by laws as well as best practices or accepted standards. Failure to apply good governance to a company gives rise to a very serious potential liability to your shareholders.

Venture funds are totally different. They are private partnerships which are negotiated at arm’s length by parties who are presumed at law to have pretty equal bargaining power and equal access to information. In effect, in the eyes of the law, the parties are free to arrange whatever private governance terms they can agree on. Neither party is viewed as having an inferior status and neither party is entitled to any special protections. Of course, as with any contractual undertaking, extreme conduct will give rise to a right of remedy. For example, there is plenty of partnership law about fraud, or bad faith between partners, or failing to disclose material terms as part of the agreement, or breach of contract if a partner does not abide by the terms of the agreement. But outside of those extremes the parties are free to use common sense to negotiate terms about how the managers will behave.

As a result, and as noted above, most fund documentation has provisions regarding record keeping, reporting to LPs, and maybe some terms about how investment decisions will be made (by committee, by consensus, by vote, etc.). However, in contrast, it would be rare to see excessive detail on the investment decision-making, and this is for one very common sense reason: the LPs are choosing these GPs entirely because of their good judgement and investing instincts. It would be pointless to intrude in that process with too much in the way of rule-making. Similarly, it is rare to see much language around the fund having its own board of directors, or the GPs having to evaluate each other. The performance speaks for itself and the funds which don’t perform don’t raise additional money and cease to exist.

What accounting issues does a venture fund manager need to be aware of?

The accounting for funds can get a bit complicated compared to the bookkeeping for a startup. At the most basic level you just need to keep an accurate record of what the fund owns, what its cost basis is, and what its valuation is while also accounting for the costs of running the fund using acceptable accounting standards.

However six realities conspire to really complicate this endeavor:

Ideally you will get some good tax advice while you are designing the fund so that the fund structure and documents are tax-optimized and the rules of the road on accounting and allocating are clear and fair to all. And then as you are working with all these rules, you will want to be transparently reporting what is going on to your LPs through regular quarterly statements and annual financial reports.

Next up: in Part III of this article we'll address how to find good legal and accounting services and what tools you will need to manage your fund efficiently and successfully.

Rule #1 in Angel Investing - It’s All About the Team